This is a series of six poems by Selina Nwulu which consider loneliness as a point of entry into climate change. With a focus on issues of denial, fear, the loneliness of asking questions around climate change no one seems to quite have the answers to, as well as the idea of our political loneliness as an Island and what that means when thinking about collective action and climate change. The poems were featured in Somerset House for their Earth Day season in April 2019. Selina Nwulu joins the lab to expand on the themes explored in her poetry and to look towards developing a media project from her writings. Selina will also be joining the lab as poet in residence. Photo credit: Sabiha Mahmoud 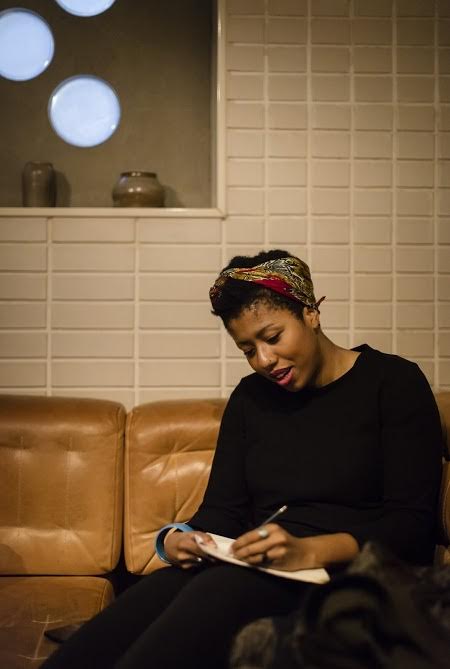 Selina Nwulu has written for a number of outlets such as the Guardian, New Humanist and Red Pepper and has toured her work nationally and internationally. She has also been featured in Vogue, ES Magazine, i-D and Blavity amongst others. She was Young Poet Laureate for London 2015-6, a prestigious award that recognizes talent and potential in the capital. Her first chapbook collection, The Secrets I Let Slip was published in 2015 by Burning Eye Books and is a Poetry Book Society recommendation. From 2017- 2018, she was ‘Writer and Creator in Residence’ at the Wellcome Trust, looking creatively at food and how it connects to our health and matters of social and environmental justice. In 2019 she worked with Somerset House on a project around loneliness and climate change for the Earth Day Season She has read her work extensively both internationally and throughout the UK in a number of cultural institutions such as Somerset House, BBC Radio 4 and Southbank Centre. Her work was recently published in the critically acclaimed anthology New Daughters of Africa and she was shortlisted for the Brunel International African Poetry Prize 2019.