Fashion designer Amy Powney is a favourite at London Fashion Week, routinely featured in Vogue and dresses the likes of Gwyneth Paltrow and Phoebe Waller-Bridge. There’s only one problem – her industry is destroying the planet and she can no longer stand idly by. Designer Amy Powney of Mother of Pearl is at the height of her career, fresh off a win of the prestigious Vogue Designer Fashion Fund prize. She’s also an outsider, raised off-grid in rural Lancashire by anti-fracking activist parents. Increasingly troubled by fashion’s environmental impact, Amy makes a decision - make her business sustainable or leave fashion entirely. Over the course of three years, with full access to Amy, her collaborators and family, we watch her transform from local designer to a leader of the sustainable fashion movement. But Amy’s mission is easier said than done. Fashion is among the world’s top five most polluting industries with more carbon emissions than all international air travel and shipping combined. Amy’s sustainability quest catapults her to the forefront of the next environmental frontier, collaborating on initiatives with Prince Charles and BBC Earth and getting the “Ask Amy” column in Vogue magazine. She is one of the first designers to experiment with a revolutionary non-toxic dyeing process using plant DNA and is pushing government for life-saving legislation. It’s a David and Goliath story of a fiercely determined young woman fighting a complex behemoth of a system told with warmth, humour and hope. 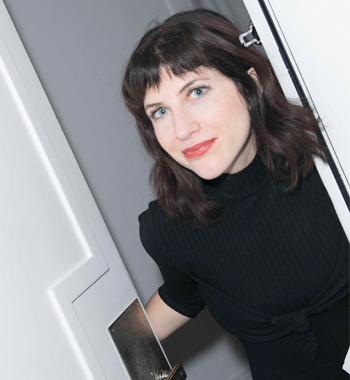 Becky Hutner is a Toronto-born filmmaker with work spanning documentaries, television and digital content. For the past four years, she has been working in-house for DUCK Productions, a London-based media company and the official production partner of London Fashion Week. Through her work at DUCK, Becky has interviewed and collaborated with such luminaries as Cate Blanchett, Stella McCartney, Vivienne Westwood, Adwoa Aboah and Manolo Blahnik and produced film projects for Visit Britain, Marks and Spencer and the Business of Fashion. Recent credits include “Painting Her Story,” a documentary series for the National Gallery about the gender gap in art history. Becky is an EMMY-nominated editor with credits including “Being Canadian,” a documentary starring Seth Rogen, Mike Myers and Ben Stiller. Plant-based, plastic averse and never without her UV light-emitting water filter, her sustainable journey escalated in 2011 when she met late environmental filmmaker Rob Stewart and co-edited his award-winning documentary “Revolution.” Becky holds a B.F.A. from the Cinema School at the University of Southern California. “Fashion Reimagined” is her first feature as director. 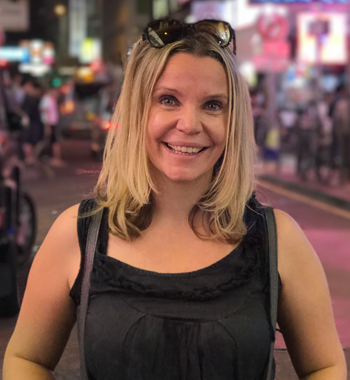 Lindsay Lowe is the founder and sole owner of DUCK Productions, a London-based media company specialising in fashion and cultural content. In addition to establishing DUCK as the official production partner for London Fashion Week and The Fashion Awards, Lindsay oversees an output of 100 film projects per year, many of which she directs and produces. Notable DUCK projects include “The Look,” a three-year running series for Harper’s Bazaar featuring top fashion and entertainment personalities like Kate Hudson and Karl Lagerfeld, the sustainable food and travel series “Food Odyssey” for Time, Inc. and British Vogue’s “Designer Fashion Fund,” a docu-series following the journey of the designers nominated for Britain’s top fashion prize. Before starting DUCK in 2010, Lindsay spent 10 years producing television series for BBC, ITV and Channel 4 including “Strictly Come Dancing,” “The Paul O’Grady Show,” and “This Morning.”