Some of the world’s most vital and culturally significant cities are under greatest threat of sea level rise. While elected officials debate climate science, residents of these communities have been successfully fighting inundation for years. For decades. Some, for centuries. What can we learn from each other? Drenched (working title) is a new multimedia project bringing together citizens who want to take responsibility for saving our communities into our own hands. It’s a manual for living with sea level rise, fighting climate change, and forging connections between communities on the front lines, around the U. S. and the world. A weekly podcast will be produced from the two major US cities experiencing the most significant impacts of sea level rise – Miami and New Orleans. It will feature interviews and discussions with visionaries and scientists, organizers and journalists, activists and dissenters, along with on-location reporting from countries, cities, and neighborhoods where residents are identifying problems caused by sea level rise and crafting solutions. A digital database will catalog technological, social, and political strategies, from large-scale infrastructure modifications to small daily adaptations. And we’ll create an on-line meeting place where neighbors fighting rising seas can share resources and innovations that have worked in their hometowns around the globe. 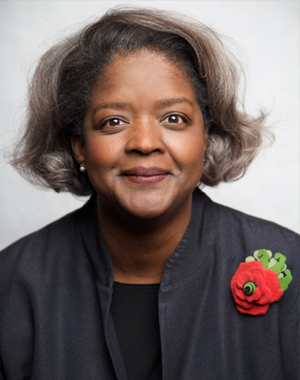 Gwen Thompkins is a freelance journalist and writer in New Orleans and host of the public radio program, Music Inside Out. She began her career as a reporter and editor at the Times-Picayune newspaper, then moved to National Public Radio in Washington, D.C., where she worked for many years as senior editor of NPR’s Weekend Edition with Scott Simon. In the weeks following Hurricane Katrina, Thompkins filed a three-part NPR series from New Orleans. She later opened and ran NPR's East Africa bureau, based in Nairobi, Kenya. Thompkins has reported from nearly every continent, including Antarctica, and in 2010 filed a multi-part series for NPR on water rights in the Nile River drainage basin. Thompkins was a Nieman Foundation for Journalism fellow at Harvard University, class of 2011. She then returned home to New Orleans and created Music Inside Out, a long-form interview program that showcases Louisiana’s unusually varied musical landscape and its contributions to the wider world. 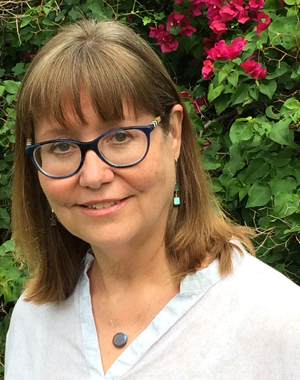 Maeve McGoran is the founder of Aoide Media in Miami. She’s the former senior editor of NPR’s flagship daily news program, Morning Edition. Before that, she was an editor on NPR’s Washington and National Desks, and a reporter in Washington, DC, New York, Philadelphia, and Miami. She began her career at public radio station WHYY-FM in Philadelphia on the interview program Fresh Air, which she helped transition to a national series. More recently, she consulted with Miami’s public radio station, WLRN-FM, to design and launch its popular daily interview show, Sundial. Maeve is the executive producer and host of the upcoming narrative investigative podcast series Shipwreck, about the sinking of the SS El Faro in 2015, the worst American sea disaster in four decades. Her work has won a variety of national awards. 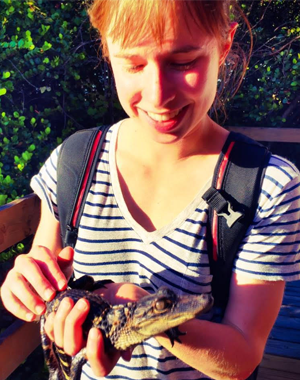 It was a coin toss, a chemistry class and a lot of Wisconsin winters that brought Kate Stein to Miami. But it's stories of hurricane shelters during Irma, sea-level risk to real estate and health impacts rising with the heat that make her want to stay. As the environment reporter for South Florida's NPR member station and now as a freelance journalist, Kate strives to inspire action on climate change by telling human stories about the science, the urgency, the inevitable tradeoffs -- and the reasons for hope. She is an inaugural member of The Invading Sea, a first-of-its-kind climate change collaboration among South Florida's major media outlets. In addition to her reporting projects, Kate recently received grant funding to develop a "Climate 101 for Journalists and Newsrooms" and is consulting with the City of Miami on a community outreach strategy for their climate adaptation plan. Triathlon training keeps her sane, and (relatedly) she's an inevitable yes to dinner.