Layel Camargo: Layel Camargo (pgp: They/Them/Theirs) an indigenous descendant of the Yaqui and Mayo tribes from the Sonoran Desert. 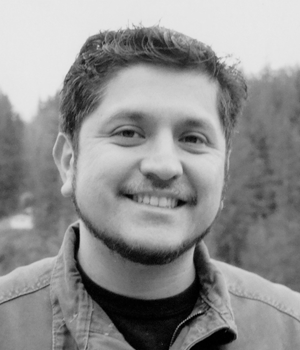 Jesús Iñiguez is an undocumented media artivist of multiple disciplines who currently resides in Berkeley, California. He’s one of the original members of the UndocuMedia team and a co-founder of DreamersAdrift.com, an online platform for undocumented media, in 2010. A trained photographer and self-taught video producer, productions under his direction have garnered over 1.5 million hits via Facebook and YouTube, with several of his videos reaching the front pages of online platforms like Reddit, the Huffington Post, Los Angeles Times, and have received coverage from periodicals like Mitú, Remezcla, Colorlines, and even El Universal (one of Mexico’s largest newspapers). His deep commitment to the immigrants rights movement and includes a two-year tenure at Presente.org, the largest Latinx online organization in the United States, supporting and leading campaigns relating to undocumented issues as the organization's communications director. As a writer, his op-eds about the undocumented experience have appeared on sites like the Huffington Post, Rewire, and Fox News Latino. 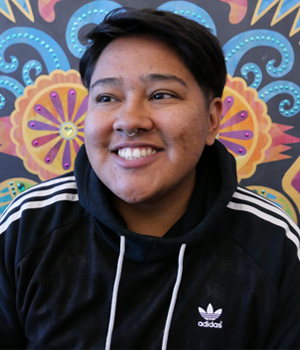 Host and investigative enthusiast Layel Camargo, with the occasional co-host, uses satire, comedy, and critical hope to amplify the realities of those facing the brunt of the climate crisis and offer collective solutions for a more sustainable future.