We look upon the night sky to ponder the infinity of space. But the vastness of the universe is right inside your breathing. Inside this breath you just took there is an unfathomable number of molecules. The number is larger than all of the grains of sand on Earth and all the stars in the galaxy and both numbers combined. And since the atmosphere of our planet is very dynamic, its turbulence will eventually spread this incredible amount of particles across the whole world - in two years, everywhere you may be in the world, you will find a particle that just nurtured your body. In every single breath we capture the whole world, its history and its future. In each breath I can find particles I breathed the moment I was born and from every person that has ever lived. The air I am exhaling now will be part of someone’s life hundreds of years from now. BREATHE is a mixed-reality application using the Magic Leap headset to invite participants to experience themselves not as confined to the their bodies, but more widely entangled as a full participant of the living world. The interactivity uses breathing patterns (through biometric sensors), hand gesture, and spatial positioning to immerse participants in the story of air. Participants will experience themselves as creatures of the air. A central challenge of our time is to re-imagine our relationship to the world we inhabit. Your breath is a doorway to enhancing the awareness that we are immersed in a field that belongs to and unites all the living biosphere. BREATHE will recast your ordinary daily experience of breathing as your immediate direct link in a slow and complex living world. BREATHE is a one of a kind experience that harnesses the power of mixed-reality to reconnect us to the world around us, and to remind us that we at home both in our bodies and in the vastness of the universe. 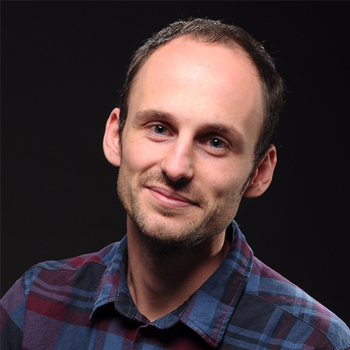 Diego Galafassi is a transdisciplinary artist whose practice grounded at the Art/Science interface encompasses documentary, experimental cinema, immersive experiences and participatory performance. Diego brought BREATHE to CPH:DOX Lab 2019 and inaugural Sundance Talent Forum 2019 and is currently the first Sundance artist-in-residence at ISET program by Johns Hopkins. BREATHE is also currently a in residence at Phi-Centre (Montreal). Within cinema, Diego is the director of the documentary ‘The Life of Lines’ and has produced ‘Charismatic Megafauna’ (CPH:DOX 2019) by Jesper Kurlandsky and Fredrik Wenzel (DOP of The Square and Force Majeure). Diego is Ph.D. in Sustainability from Stockholm University where he focused on imagination and how co-creative arts-based approaches can support societal transformations. 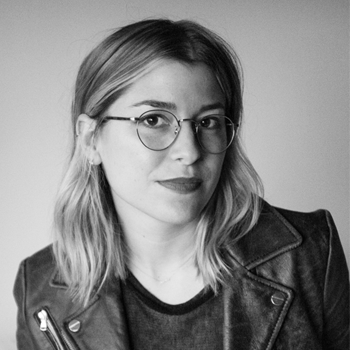 Jess Engel is an award-winning multidisciplinary producer focused on producing VR/AR experiences and new media content. As Founder at Crimes of Curiosity, Jess, alongside Darren Aronofsky’s company Protozoa, produced Eliza McNitt’s SPHERES, an interactive three-part series that explores the songs of the cosmos in virtual reality. The series stars Millie Bobby Brown, Jessica Chastain, and Patti Smith as the voice of the cosmos. SPHERES made history at the Sundance Film Festival this year as the world's first ever acquisition of a VR experience and recently won the Gran Prix in VR at the Venice Film Festival in 2018. Prior to starting Crimes of Curiosity, Jess was the Director of Original Content at WITHIN, a leading VR/AR platform founded by Chris Milk and Aaron Koblin. Before working in VR/AR, Jess worked in film as the Creative Executive for Oscar Nominated Producer Lynette Howell. She worked on critically acclaimed films such as CAPTAIN FANTASTIC and THE PLACE BEYOND THE PINES. Her work has shown around the world at major festivals and institutions, including Sundance, SXSW, Tribeca, Cannes, Venice, Telluride, NYFF, Art Basel, and MIT. Jess is a 2018 Emmy Awards Finalist. She has been a Sundance New Frontier fellow and advisor.